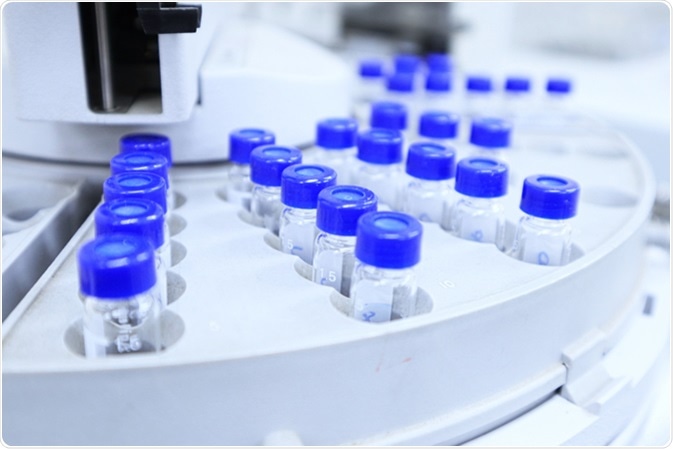 LC separates the components of a mixture based on their affinity to a stationary or mobile phase and subsequently detects these components using ultraviolet light, fluorescence, or electrical conductivity, which can all affect the analysed substances.

The basis of MS is the separation of ionised components in a vacuum according to their mass-to-charge ratio. Component concentrations are quantitatively analysed according to the intensity of the measured peaks.

The ability to quantify concentrations of ions of mass is limited to solutions of single components, as multiple component analysis yields spectra that are complex and difficult to analyse. Consequently, LC-MS combines the separation resolution of LC with the qualitative capabilities of MS.

MS techniques enable the molecular mass and structural characteristics of eluted components to be determined. This process complements the qualitative data obtained from the retention times recorded by LC. The quality of data derived from MS can be enhanced by imposing a parameter called selected ion monitoring (SIM), which is highly sensitive and allows quantitative analysis that circumvents effects of impurities that fail to be removed by LC.

Mass spectrometry has been the detection technique of choice for pharmaceutical analysis for many years. It is a powerful means of analysis that allows complex pharmacological mixtures to be separated into their constituent components. In addition, LC-MS is a sensitive, well-understood and highly reproducible technique.

LC-MS is used to analyse pharmaceuticals across a variety of stages in their discovery and development. These stages include drug discovery, metabolism studies (in vitro and in vivo), and identification of impurities and degradation products. The process of drug discovery usually begins with the isolation and characterisation of potential drug substances that originate from synthetic or natural compounds.

In vivo metabolism studies involve monitoring drug discovery in the body with a focus on drugs and metabolites in blood, urine, and faeces.

Samples taken from these sources contain endogenous compounds that have the potential to compromise the resolution obtained by LC-MS. It is, therefore, necessary to implement a good sample preparation technique and chromatographic separation is required to successfully apply LC-MS. This is exemplified by the in vivo analysis of 3-hydroxytamoxifen and its metabolites from the plasma of breast milk taken from a breast cancer patient.

In another experiment by Chang-Kee and Gwyn (2002), three peaks were discovered at m/z 388.  These were characterised as 4-hydroxytamoxifen, 4’-hydroxytamoxifen, and tamoxifen N-oxide based on MS. Further MS study called tandem MS/MS was used to identify peaks caused by an endogenous plasma component unrelated to tamoxifen and the metabolite N-desdimethyltamoxifen. This experiment demonstrates the limitation of using LC-MS alone without MS/MS.

Identification of impurities and degradation products

The identification of impurities and degradation products is important to ensure that observed pharmacological and toxicological effects are due to the drug rather than impurities. Analysis of the impurities and products of degradation is essential in preventing the production of harmful compounds during the drug’s shelf-life.

The mixture yielded by the synthetic process, therefore, contains varied concentrations of compounds; thus, sensitive and specific detection is necessary to ensure their removal. It is for this reason that LC-MS is widely implemented in this process.

How to Build Trust with Patients Online

4 Tips to eat more vegetables and fruits each day